contact
You are here » blog
Pages: 1 2 3 4
The Evening Telegraph 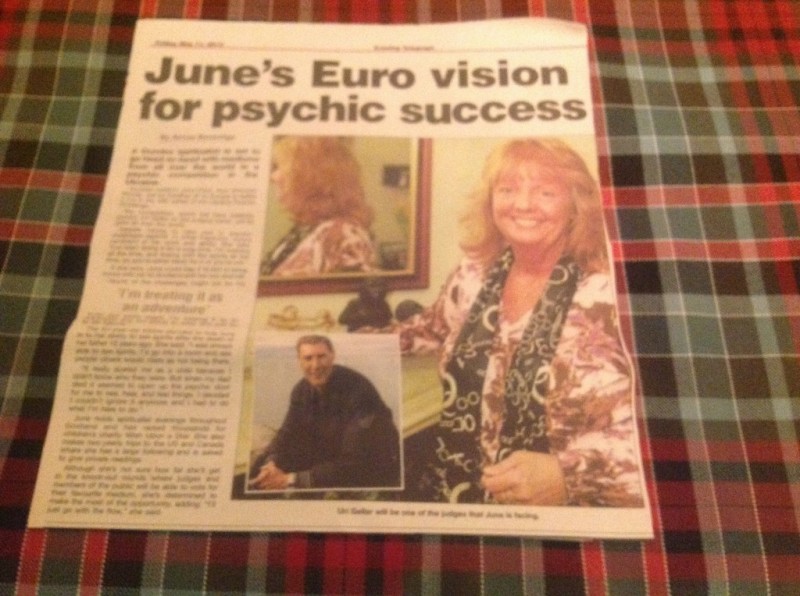 The Evening Telegraph advertising the build up of my heading off to Ukraine to take part in International Battle of the Psychics..and live there for 6 months.

View from my window at home when I asked spirit for a sign!! 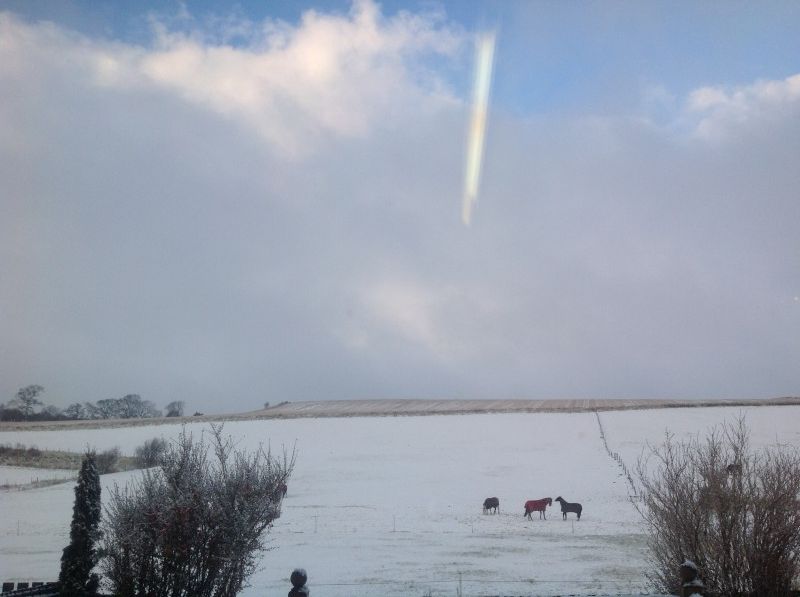 Two Worlds Magazine in UK feature on my Mediumship. 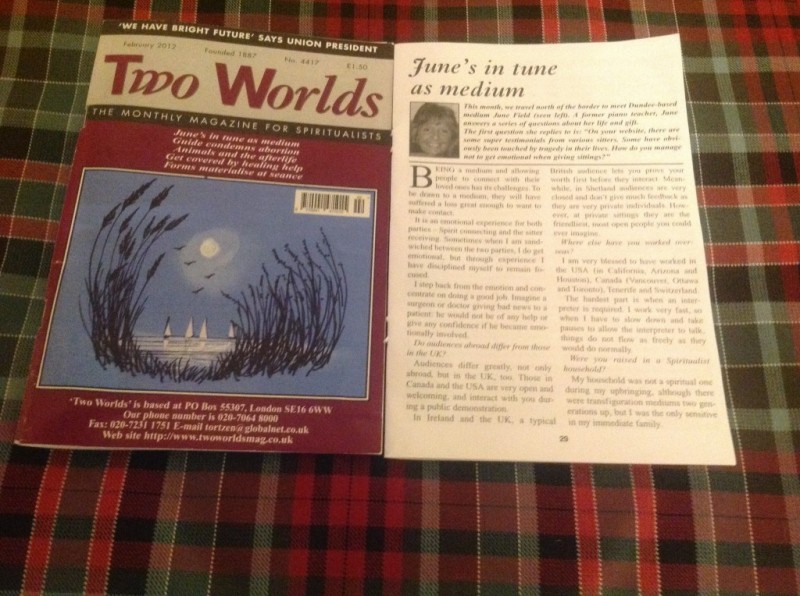 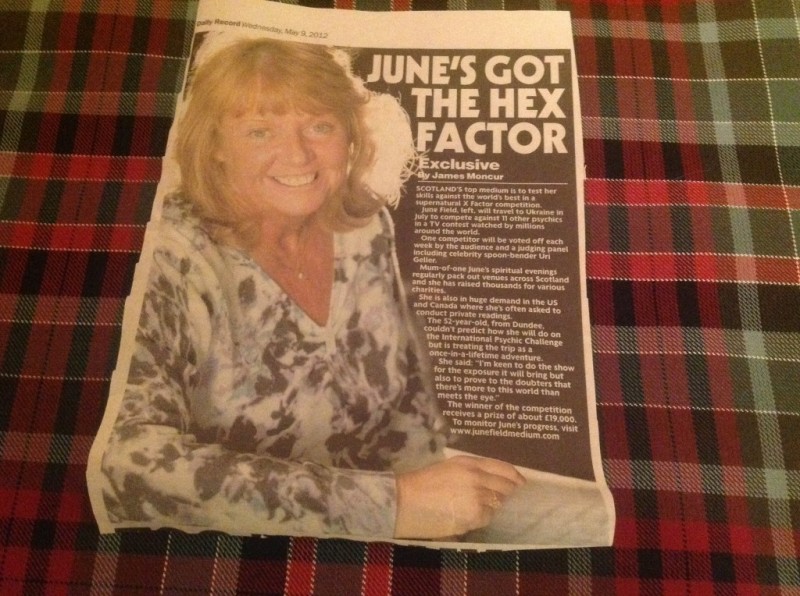 Daily Record… James Moncur….giving me support ready for my participation representing Scotland in the competition TV show called International Battle ofthe Psychics where Psychic mediums from all over the world battle it out to see who is the best 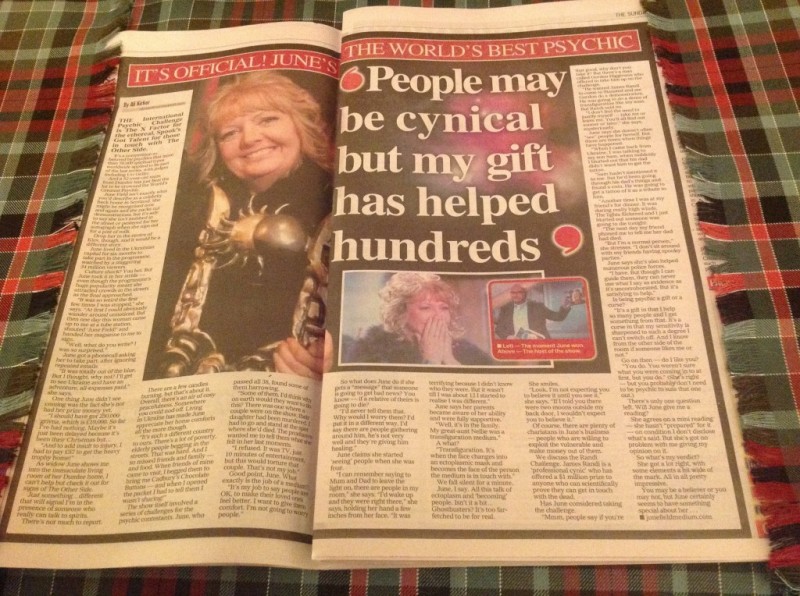 The Sunday Post Newspaper write up by Anne Kirker…. covering my win in Ukraine after living and battling it out there for 6 months taking on some of the best psychc mediums in the world. 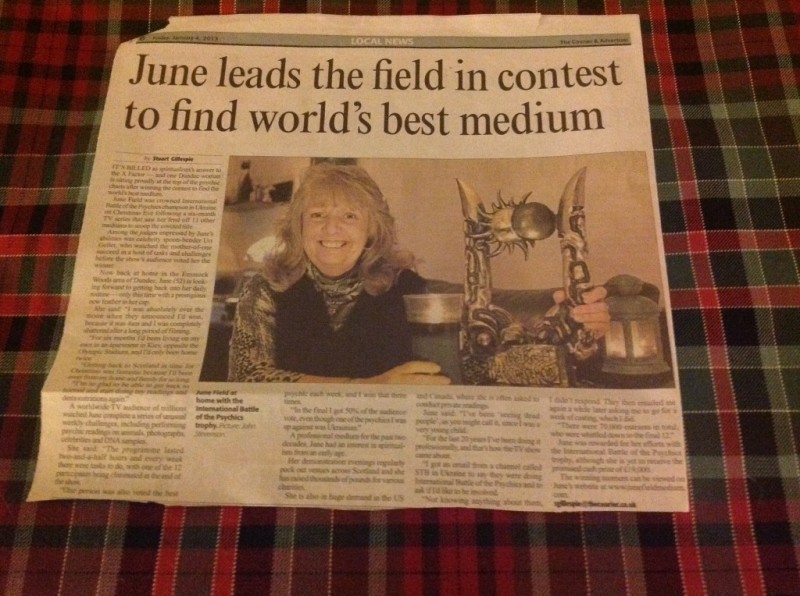 Daily Record – Scots Medium in Final 4!!! after battling her way there from 70,000 hopefuls. 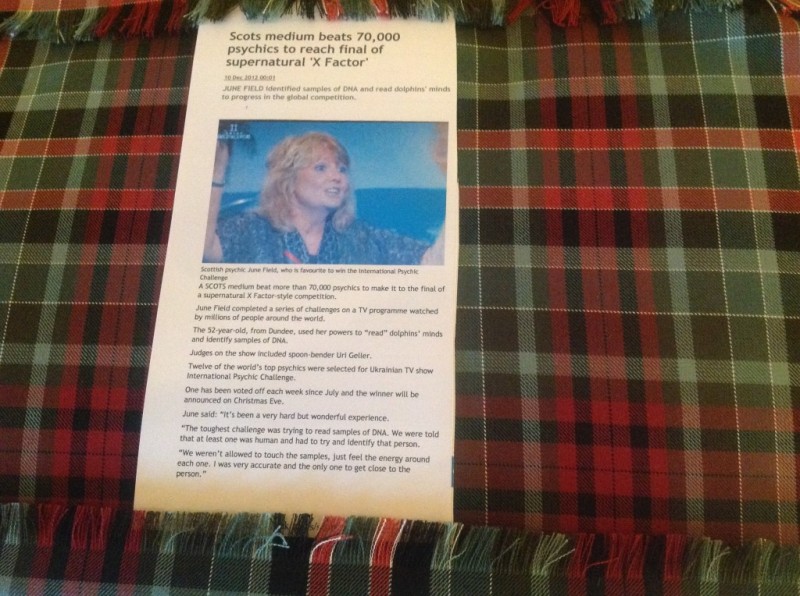 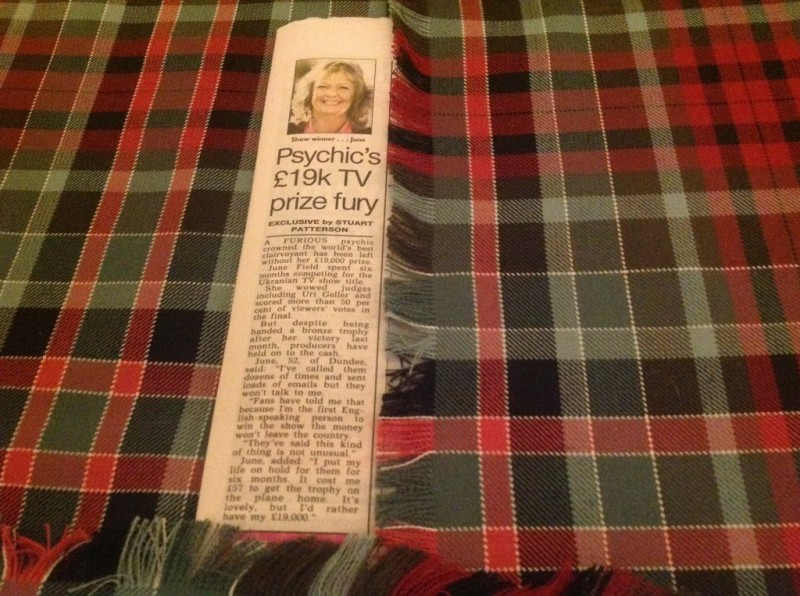 The Sun Newspaper printed a statement as I was surprised not to receive my prize money after winning International Battle of the Psychics in Kiev, Ukraine as the invitation clearly stated that the prize would be 250,000 Hryvna (£19,000) for the winner…but after a few letters from an STB Lawyer stating that there was a clause in the contract that I signed saying the channel have the right to decide whether to pay monies or not and that I cannot claim…they decided to enforce that clause under Ukrainian Law and I received no prize.